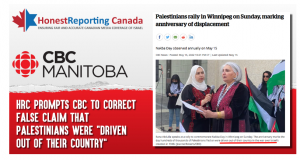 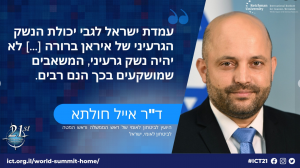 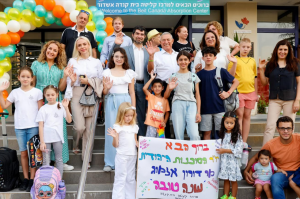 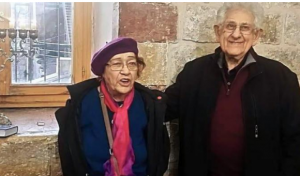 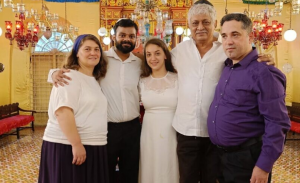 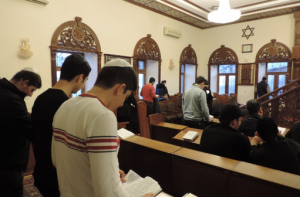 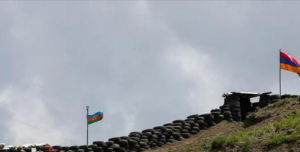 Why I Believe Landmines Should Be Banned Globally

Azerbaijan continues to suffer death and destruction from Armenian mines 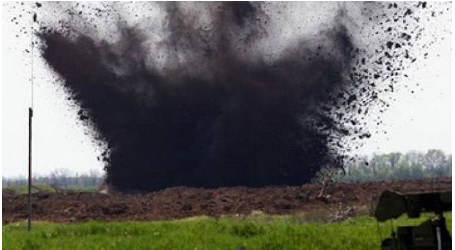 Three men were seriously wounded while engaging in deactivating Armenian mines left behind in Garakhanbeyli of the Fuzuli region of Azerbaijan; one lost his right leg to emergency amputation. (Photo: www.azerbaycan24.com)

It was recently reported that Yadigar Shukarov, Boyshan Alizade and Gylman Huseynov were injured by anti-personnel mines while carrying out de-mining work in Garakhanbeyli village in Azerbaijan. This came after Azerbaijani serviceman Vugar Isbandiyarov was injured in a landmine blast in the Kalbajar district. Meanwhile 204 anti-personnel mines, 32 anti-tank mines, and 29 UXOs were discovered in Tartar, Aghdam, Khojavandi, Fuzuli, Shusha, Gubadli, Jabravil and Zangilan during a six day period in the beginning of August, the Azerbaijani media reported.

Following these developments, the Dona Gracia Center for Diplomacy issued the following statement after the conclusion of a round table discussion at the Begin Center titled ‘Landmines in the Liberated Territories of Azerbaijan: the biggest obstacle to obtaining peace in the South Caucuses” and reads: “More than 220 Azerbaijanis have been killed or maimed by landmines since the Second Karabakh War ended. To date, Armenia refuses to hand over all the landmine maps and out of the ones they did hand over, only 25% are usable.”

As many people here might know, about one year ago, I went to the war-torn Karabakh region for the first time, where I was able to witness firsthand the destructive impact that landmines had on the Karabakh region. Back then, we traveled mile after mile on broken dirt roads surrounded by landmines, which prevented us from swaying to the right and to the left. In fact, due to the terrible road conditions at that time, our bus broke down in a landmine infested area and we had to wait about a half of day to get rescued by the Azerbaijani government.

During that trip, we saw uprooted trees, polluted rivers, burnt agricultural fields, of which some of them were still burning when we were there and also the ruins of Fizouly, Shusha, Sultanya and numerous other Azerbaijani cities and towns, which were also surrounded by landmines that inhibited reconstruction. This transformed what was known as the Black Garden into a barren wasteland.

After that trip, I interviewed Kara and he proclaimed: “Karabakh reminds me of the Lebanon War of 1982 when I was an officer fighting against the terrorists in Lebanon. The terrorists destroyed Lebanon and here in Karabakh, I saw that everything was also destroyed.” In fact, Kara declared that the destruction he witnessed in Karabakh was even worse than Lebanon, as the terrorists in Lebanon did not kill off all of the nature there like the Armenians did to the nature in Karabakh, ensuring that even the fish in the river and the cows in the field could not survive.

Last May, I returned to Karabakh to cover the Shusha Food Festival together with a delegation of Israeli bloggers and journalists. I was pleased to see that Fizouly is on the map again and even has an airport. A lot of the greenery has returned to the region and there are now proper roads. Instead of having to eat lunch on an Azerbaijani military base, I was able to dine in a nice Azerbaijani tea house, which did not exist a one year ago.

I was impressed by the progress I saw in the restoration of Shusha, which has now built a five-star Karabakh Hotel and restored many nice historical sites. Although much of the region still has too many landmines and a lot of rebuilding is still required, I saw how hard the Azerbaijanis are working to make Karabakh great again.

Last month, I had the privilege of once again traveling to Karabakh together with a couple of dozen other foreign experts from around the world, who spoke on a panel at the prestigious Ada University in Azerbaijan.

We went to Aghdam, Karabakh’s ghost city which is otherwise known as the Hiroshima of the Caucuses.  Unfortunately, the progress of rebuilding Aghdam is much slower than it was in Shusha, largely because of the landmine issue.  There were more landmines in Aghdam to remove than there were in Shusha, which has slowed things down significantly.  This is because Armenians actually lived in Shusha, while Aghdam was a booby-trapped ghost town.

We witnessed first-hand how a city of 100,000 people, which included theaters, cafes, restaurants, vibrant Azerbaijani tea houses, homes, places of worship and even museums and historic monuments, were reduced to being nothing but rubble.

The Ivarant Cemetery, a world heritage site, contained the graves of prominent members of the Karabakh Khanate, dating back to the 18th and 19th centuries. The graves were gone and the beautiful Turkic architecture of the royal tombs lay in ruins, completely run down from the Armenians utilizing these historic tombs as pig pens. According to a local guide, “The Armenians were taking stuff away from here and selling them to the Iranians.”

In fact, for two hundred dollars, everything inside the homes of Agdam, whether refrigerators, washing machines, family heirlooms or raw construction materials torn from the homes were sold to the Iranians, who were able to profit from the destruction of an entire city and the ethnic cleansing of the Karabakh region in the 1990’s. After they took everything, they burnt everything down, thus leaving many of the homes without roofs, as the roofs were made of wood.

The Imarat Cemetery was not the only historic place that they desecrated. The Armenians used a historic mosque dating from 1860 as a watch tower and pig pen. According to our local guide, “That was the only reason why this mosque was not completely desecrated.   More than 60 mosques were completely ruined in the region.” 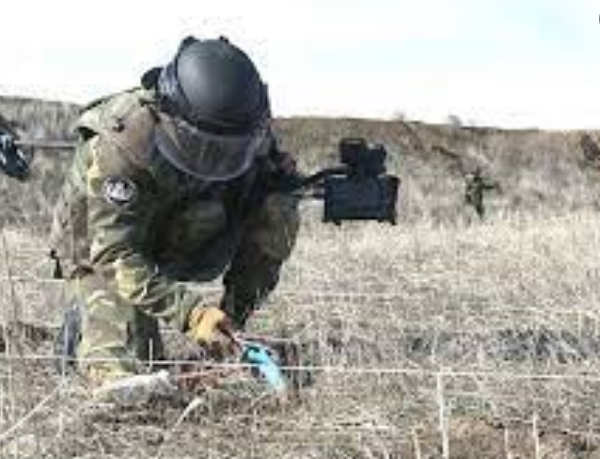 For me, this had an uncanny resemblance to my graduate school trip to Spain, where I witnessed how the Spanish Inquisition transformed historic synagogues into pig pens and stables. I could not help but ask myself, am I living in the twenty-first century? How is it possible in our era to witness Christians desecrate holy places in such a manner, to conduct itself as if the Spanish Inquisition was still ongoing and never left us?

After that, I went to a local cemetery in Agdam, where I witnessed how all of the tombstones and gold teeth in the graves were gathered together and sold to the Iranians for profit, while the bones of the people who were buried there were thrown away in the trash.Since Azerbaijan reclaimed Agdam, relatives of these unfortunate souls have tried to rebuild the destroyed memorials to their loved ones by putting up fresh plaques with pictures, but the bones are gone. They are no longer proper graves.

The historic Bread Museum used to house bread from the Second World War, an historic item documenting life during the Second World War in the Soviet Union. However, that historic piece of bread was destroyed alongside all of the other exhibitions. The roof was also gone and the beautiful artistic mural was heavily desecrated.

I could not ponder but ask, where was the international community when all of this happened? Why was UNESCO silent? What ever happened to the phrase NEVER AGAIN?

I never stop writing and never stop speaking out for the justice of the Azerbaijani people, as Dr. Martin Luther King Jr. said, “Injustice anywhere is a threat to justice everywhere.” For this reason, my organization is taking a strong stance against landmines.

Fuad Muradov, the Chairman of the State Committee on the Work with the Diaspora, noted: “Our main goal is to build peace in the region. However, for that to happen, all landmines must be removed and removing them is an uphill struggle when the maps you have are not reliable.”

To date, Armenia has refused to hand over all of the landmine maps and this blocks peacebuilding. And of the landmine maps that they turned over, only 25% are usable. This means that Aghdam largely remains how it was 30 years ago, even though I did see construction trucks working there. This is a true travesty. The time has come for this grave trauma to end.

The time has come to remove all the landmines and to make Karabakh great again. While I am grateful to Israel, Turkey, France and other countries who are trying to help make Azerbaijan landmine free, the international community still has much more work to do to see the black garden turn into a green colorful paradise once again. 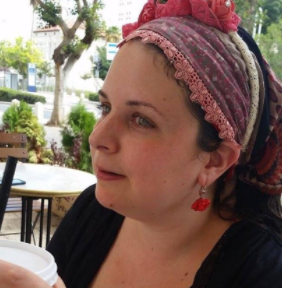 Rachel Avraham is a political analyst working at the Safadi Center for International Diplomacy, Research, Public Relations and Human Rights.  She is the author of “Women and Jihad: Debating Palestinian Female Suicide Bombings at the American, Israeli and Arab Media.” 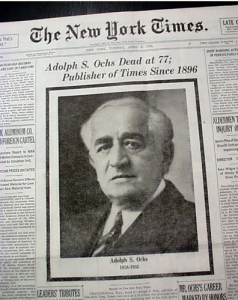 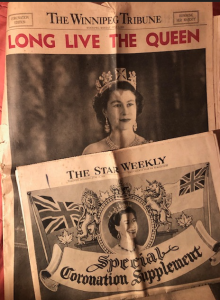 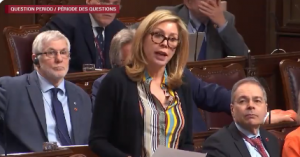