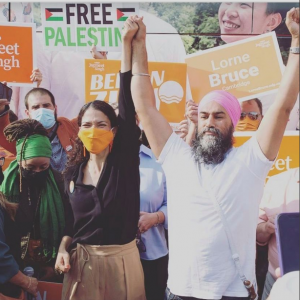 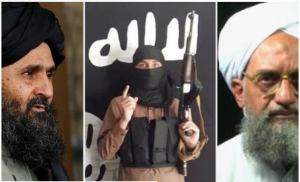 Biden’s Blunder Could Lead To Israel’s 9/11

With 3 planes they succeeded in killing 3,000 Americans. With one or two planes, they could kill millions of Jews 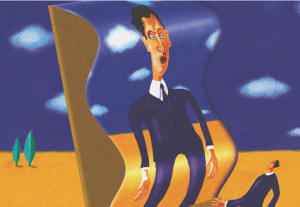 The Distorting Mirror Of Vanity Politics In Canada

Does politics have to be all vanity and no substance? 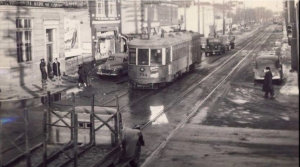 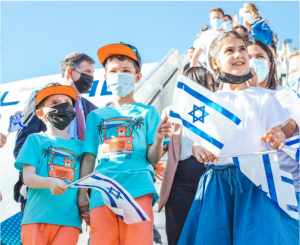 “This past year taught us the true meaning of mutual responsibility among the Jewish people,” says Acting Jewish Agency for Israel Chairman Yaakov Hagoel 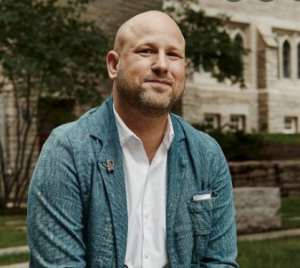 The Real Danger Of That Atheist Harvard Chaplain 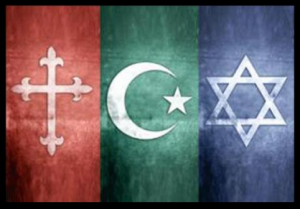 In reality, all religions are seeking to worship a higher being 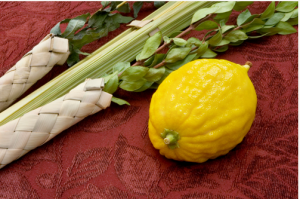 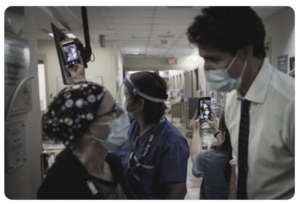 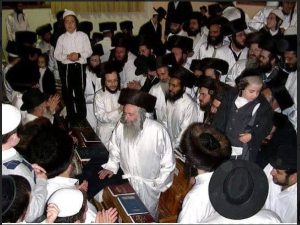 Yom Kippur Customs Around the World

For Canadian families, the ancient tradition of swinging a chicken overhead for kapparot was long ago replaced by using small change wrapped in a handkerchief, to be given to charity. (Photo: upc-online.org)

Jews from different countries have customs for Yom Kippur for which we are unfamiliar. A Syrian custom is for people before Neilah to approach the ark and kiss the scrolls and beg forgiveness for any laws they may have broken during the year.

Afghanistani Jews ate as many as seven meals during the day before Yom Kippur including fish in the morning. They also performed the kapparot ceremony with a hen for females and a cock for males. They were also superstitious about the lights kindled at home and in synagogue—one for departed relatives and other for the living.

Husbands of barren women would bring a bowl of rose water to the men conducting the services in which they would wash their hands. At the end of the fast, the women would drink the rose water.

Moroccan Jews also perform the kapparot ceremony and eat a lot of food before the fast. They also remain in synagogue all night and recite psalms. Their women also do not come to synagogue until the end of the fast when they come to hear the shofar blown.

The Bene Israel of India observe the Day of Atonement by staying in their homes with the doors closed and locked, avoiding all contact with gentiles. They fast, dressed in white robes and viewed it as the final day of judgment. Gradually, they changed, influenced by the Iraqi Jews who lived in India and began to attend synagogue but rather than take public transport, they would pay a private car so they would not have contact with gentiles.

They also observe a day of festivity, almsgiving and entertainment after the Day of Atonement. Turkish Jews invite poor people to the pre-fast meal.  On Yom Kippur day, the shamash pours rose water or tobacco on the hands of the worshipers.

An acquaintance of mine in Israel of European background said she recalled someone bringing brown tobacco for men to smell if they felt faint and white tobacco with mint added for the women. If these did not help, someone also brought bottles of ammonia to smell.

While food is generally not associated with Yom Kippur, tradition holds that it is a mitzvah to eat a pre-fast meal which is a feast, and that it should be in contrast to the day of fasting and genuine repentance that is to come. It is customary to eat two festive meals—one in the morning or early afternoon and the other before the fast. Fish should be eaten at the first meal according to a midrash. One sage said dairy should be at the first meal but the reasoning has never been satisfactory for this, so one can have meat even for the first meal.

The Talmud says: “If a man eats and drinks on the ninth of Tishri [erev Yom Kippur], it is as if he

fasted on both the ninth and tenth day.” In other words, fasting on erev Yom Kippur has a double significance.

Challah for the pre-fast meal is often baked in various symbolic shapes–round to symbolize a full year; with a ladder made of dough on top for the prayers to ascend to heaven; and with wings of dough, because on Yom Kippur people are like angels, recounting their sins and asking forgiveness.

Traditionally, poultry is served by both Ashkenazic and Sephardic Jews, probably because the chicken was used from the kapparot ceremony. In this ceremony, among some Orthodox people, a chicken for a woman and a rooster for a man is waved around one’s head while prayers are recited, so the sins are transferred to the fowl. Then the fowl is slaughtered and given to charity or used to make the pre-fast chicken soup. The reason everyone ate chicken and chicken soup was because one is supposed to give the chicken to a poor person and since everyone was poor, the chickens used from one’s family’s ceremony were passed to another family!

Giving charity has replaced this ceremony by many people, especially those who feel this goes against compassion for animals. Money is placed in a handkerchief and swung around the head of the person three times while reciting a modified saying.

In her book, Traditions, Sonia Levy writes that Jews of Zimbabwe (formerly Rhodesia) slaughtered one chicken in the name of each member of the family, two nights before the fast.

The traditional food served before the fast there is chicken stewed in tomatoes, potatoes, celery, and vermicelli; fruit and Turkish coffee.

In an article about holiday origins, authors of the Jewish Publication Society Dictionary of Jewish Words, Joyce Eisenberg and Ellen Scolnic, wrote that children in Egypt plant seeds early in the month before Yom Kippur and twirl the young sprouts over their heads. The origin of this is Rashi who wrote, “and on the eve of Rosh Hashanah each and every one” took the sprouted beans “and circled it around his head seven times saying, ‘This in lieu of this, this is my exchange, this is my substitute.’”

Kreplach, the triangular-shaped, meat-filled dumplings eaten by Ashkenazim, are served on erev Yom Kippur. The triangle represents the patriarchs–Abraham, Isaac and Jacob. Others say we eat kreplach on holidays when something is “beaten” because the meat inside is chopped which can mean a form of “beating.” Thus it is fitting to eat kreplach on erev Yom Kippur when one beats or pounds one’s chest when enumerating the sins.

Fish is also served on erev Yom Kippur as a symbol of fertility. Other foods served for the pre-fast meal are, in general, light, simple, bland and easily digestible such as poultry, vegetables and fruit compote. 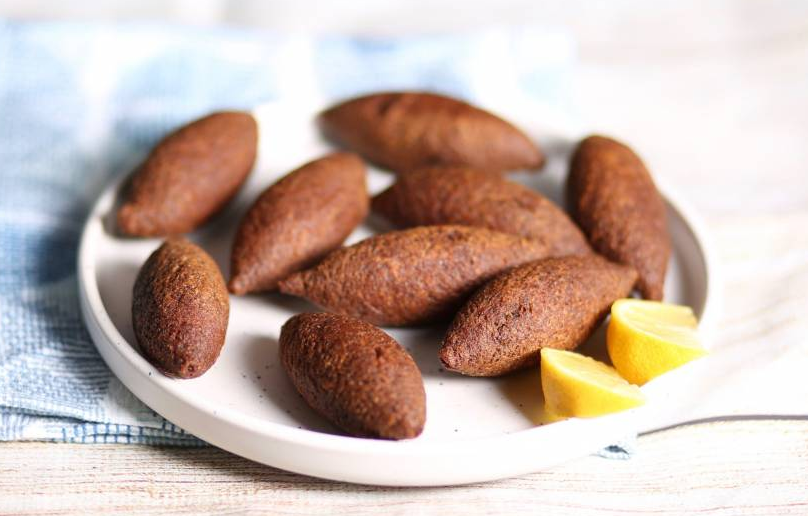 One pre-fast custom of Iraqi Jews is to eat kubeh, traditionally made with bulger wheat and a ground lamb or veal stuffing. (Photo and Styling: Tamara Friedman)

A friend of mine who lived in Hong Kong in the 1970s recalled the Europeans who lived there after World War II served fish cutlets for the pre-fast meal with gefilte fish in the middle and the head of a fish on the platter.

In his book, Cookbook of the Jews of Greece, Nicholas Stavroulakis comments that foods served by Greek Jews during the High Holy Day period vary greatly from community to community. The main course for the meal preceding the fast is determined by the kapparah, the slaughtered hen or rooster.

Among some Jews from different communities, the pre-fast meal customs are quite unusual.

Iraqi Jews believe one must eat seven meals on the day before Yom Kippur, including fried fish in the morning. For the actual pre-fast meal, they eat chicken soup with chickpeas, stuffed chicken with rice, quince cooked with meat and quince compote. Quince is popular because it does not make one thirsty. Other Iraqi Jews cook their chicken and rice with tomato paste and chickpeas and eat kubeh (pictured above), the traditional torpedo-shaped stuffed dish.

Some Moroccans eat quince jam as an appetizer for the pre-fast meal then vegetables and meat stew and chicken eggs cooked in tajine style. A tajine is a Moroccan stew, so-called because of the name of the pot in which it is cooked. It includes meat, nuts, dried fruit and honey.

Among Yemenites, the pre-fast meal may be a soup called ftute to which they add the Yemenite condiment hilbe. (Hilbe is a mixture of fenugreek seeds, tomato puree, black pepper, caraway seeds, cardamom, dried peppers, garlic and coriander. Fenugreek seeds come from a plant which is both bitter and slightly sweet.) Pieces of pita bread are also added to the broth and then lemon juice is squeezed on top.

Small children often carry a quince with cloves stuck in it to synagogue to give to people to smell while they are fasting so they do not faint. 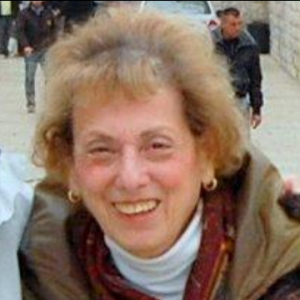 Sybil Kaplan is a journalist, lecturer, book reviewer, food writer and author (Witness to History: Ten Years as a Woman Journalist in Israel), nine cookbooks (including What’s Cooking at Hadassah College.) She lived in Israel from 1970-1980; she and her late husband, Barry, came to live in Jerusalem in 2008, where she works as a foreign correspondent for North American Jewish publications, lectures to senior citizen residences, leads walks in English in Machaneh Yehudah, the Jewish produce market and wrote stories about kosher restaurants on Janglo.net  from 2014 to 2020 for which Barry photographed. 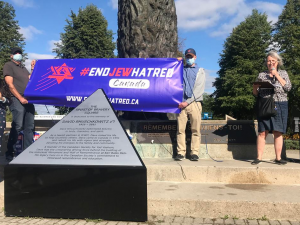 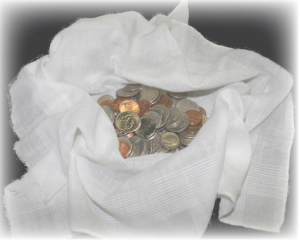 Yom Kippur Customs Around the World 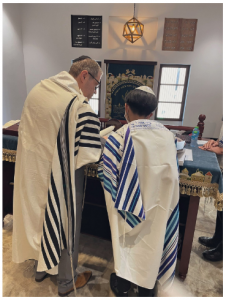 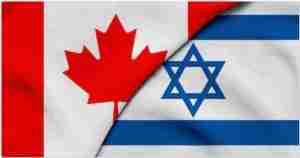 #Election2021: Where the Canadian Parties And Leaders Stand on Israel 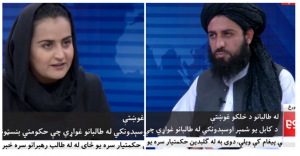 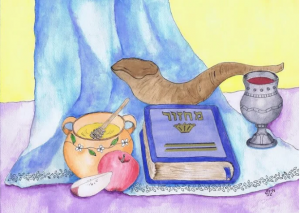