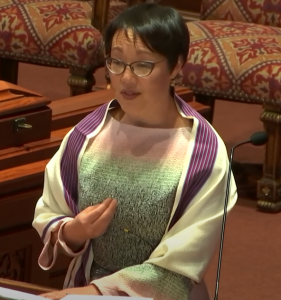 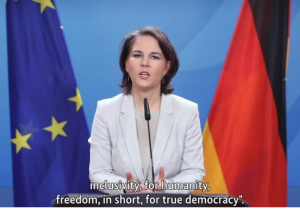 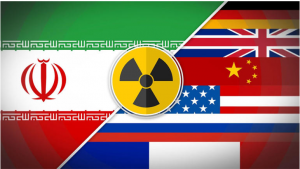 Only Terrorist Groups Outside Iran Will Benefit From Nuclear Deal

Kurds and other minorities will not see any economic gains 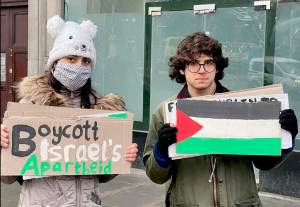 Apartheid claims against Israel promulgated by pro-Palestinian NGOs drive a narrative that is reflexively embraced by the media, and promoted by some politicians and government officials 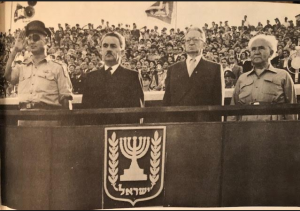 What Those Who Accept The ‘Stolen Land’ Myth Don’t Understand

Woke culture demands ritual acknowledgements about Native Americans. Those who think this should also apply to Palestinians don’t understand Jews are indigenous in Israel. 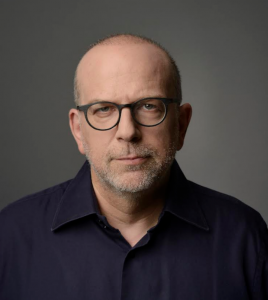 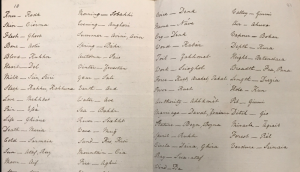 Elective Kurdish Language Classes To Be Offered In Turkish Schools 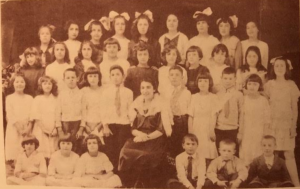 How The Texas Synagogue Hostages Escaped From UK Islamist’s Trap 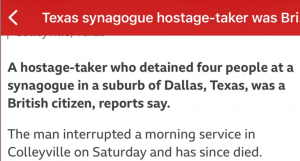 “I want to tell the mainstream media that you can be a lunatic and an antisemite at the same time!”

In Europe, kosher slaughter is banned in the name of animal rights. In America, leftists think meat threatens the planet. Will religious freedom advocacy prevent bringing these two trends together? 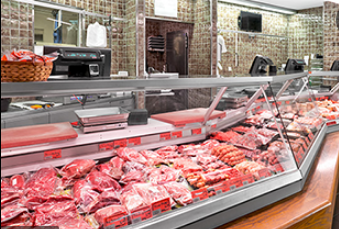 A photo of the display case of the Kosher butcher – “Kol Tuv”- in Zurich, Switzerland. (Photo: jgluzern.ch)

(JNS) Many Americans spent their Fourth of July holiday at barbecues with family and friends. For observant Jews, that meant that plenty of kosher hot dogs and hamburgers were grilled and consumed as the country’s 245th birthday was celebrated in traditional style. But those who have been following the news from Europe know that the ability to obtain kosher meat is something that no one should take for granted.

Belgium’s ban on kosher slaughter. The decision was the latest episode in an ongoing war on kashrut in Europe as Belgium joined Denmark, Norway, Sweden, Slovenia and Iceland in outlawing the production of kosher meat. These countries agree that the Jewish ritual for slaughtering animals, as well as similar Muslim traditions for making meat halal, is cruel despite the fact that it was conceived specifically to ensure that cruelty against animals is prevented.

That ruling runs contrary to the protections for religious freedom in the European Union constitution. But the court in Luxembourg decided that when faced with the choice between protecting the rights of Jews and Muslims to observe their faith and upholding the animal-rights movement’s ideas about the welfare of livestock, the latter was allowed to prevail.

It’s hard not to view this decision in light of the rising tide of anti-Semitism that is sweeping across the globe, especially in Europe. This has created a perfect storm of events in which both left and right have come together to outlaw a practice that is integral to Jewish life.

Indeed, the court regarded millennia of Jewish religious law on the subject with such contempt that a deep dive into the decision reveals that the judges said that both Jews and Muslims should change their traditions in order to be accepted by European nations. In this case, that meant acceding to the demands from kashrut and halal critics that an animal must be stunned with electricity before being slaughtered, in spite of the strict prohibition on that in religious law.

Regardless of opinions about what does or doesn’t constitute animal cruelty, disregarding the rights of religious communities is dangerous whether it is supposedly being done in the name of animal welfare or some less defensible excuse. The recent history of Europe is instructive with respect to what happens when the practices and the rights of religious minorities are singled out for opprobrium by those who believe their beliefs are out of sync with the values of the majority.

As we move deeper into the 21st century and farther away from the memory of the Holocaust, the guardrails against Jew-hatred and the delegitimizing of Jews are no longer in place. That means the future of kashrut throughout Europe, along with other specific religious practices like male circumcision, are under siege.

Does this have any meaning for Americans?

At first glance, the answer would have to be “no.” Anti-kashrut and anti-circumcision activists in the United States are marginal forces.

But if you think that the only threat to the supply of kosher meat in your community are forces of supply and demand, coupled with the various scandals that have dogged that industry throughout its existence, then you are mistaken. While there’s no war on kashrut in the United States worth the name outside the battles sometimes waged by the various kosher-certification authorities against each other, there is a growing war on meat. At the same time, there’s also a worrisome judicial trend with respect to freedom of religion that also bears watching.

Last year, The New York Times published an anti-meat manifesto by novelist Jonathan Safran Foer. The writer, who is Jewish, is a leading voice of vegetarianism. He issued a demand that essentially called for using both government power and a shift in public opinion to essentially put the meat-production industry—both kosher and non-kosher—out of business.

Unlike previous generations of meat critics, Foer and those who agree with him have seen the folly of trying to pit Americans who like eating meat against those who prefer vegetable-based foods even if everyone knows the latter are likely to be healthier. Since human beings are hard-wired genetically to be omnivores rather than plant eaters, the former will always win every poll hands down. Instead, the contemporary meat opponents focus on fashionable issues and partisanship.

One of the elements of the “Green New Deal” first advocated by Rep. Alexandria Ocasio-Cortez (D-N.Y.) was its goal of eliminating or reducing meat consumption. Rather than focusing on whether meat eaters are killing themselves, they are now being guilted for supposedly “killing” the planet—an accusation that is usually readily embraced by blue state voters when it comes to industry, though not necessarily with respect to food. Still, the voices of those advocating for restrictions on meat production are louder and no longer being drowned in ridicule.

It may take a leap of imagination, but powered by social media and pop-culture advocacy against meat, trendy green advocates might eventually get their way. Perhaps not many Jews think much about whether those who make a living providing Americans with beef and lamb (as well as non-kosher meats) can be turned into the moral equivalent of coal miners whose futures are endangered. Even if that happens, surely the American constitutional protections for freedom of religion would protect kashrut against both animal-rights activists and those seeking to promote better health for humans and the planet by replicating European restrictions.

But don’t count on it. As a recent U.S. Supreme Court decision indicated, advocates for religious liberty aren’t calling the shots.

Despite a profoundly anti-Israel foreign policy, the 15,000 Jews residing in Turkey - not yet an EU member - continue to have access to domestically prepared Kosher meat. (Photo: thespruceeats.com)

The decision in the City of Philadelphia was not about kashrut. But the debate about whether a Catholic adoption agency could be discriminated against by Philadelphia because of its religious beliefs hinged on whether government could prioritize one idea the community valued—in this case, support for same-sex marriage—over the right of religious believers not to be driven out of the public square because their faith dictated their opposition to that principle.

While the Catholic agency prevailed on a technicality (the court ruled that the city could not grant other agencies exemptions from its rules while singling out the Catholics for exclusion), the precedent laid down in the 1990 case of Employment Div. v. Smith, was upheld, much to the consternation of some disappointed conservatives and religious liberty advocates.

In Smith, the government retains the right to demand that religious believers observe laws that, while contrary to their faith, are still considered by the courts to be “reasonable.” In that case, that meant the cause of stopping drug use prevailed over the rights of Native Americans to smoke peyote as part of their faith. The current Supreme Court could have overturned that precedent and stated that freedom of religion, which is supposed to be protected by the First Amendment, cannot be abridged to force believers to bow to what the majority thinks at any given moment. However, it failed to do so.

That means that if someday the national mood changes—whether influenced by anti-meat sentiment or the spread of anti-Semitism to American shores—as long as Smith is the law of the land and religious liberty is up for grabs at the whim of the majority, there’s no guarantee that American courts won’t follow in the footsteps of the European Union.

We’re not there yet, and hopefully, will never be. But as we’re seeing in Europe, it would be a mistake to believe that powerful cultural forces weaponized by a surge in anti-Semitism—something that is already happening in the United States as both the extreme right and more mainstream leftists are united by their contempt for Jews—cannot someday endanger Jewish practices, whether in the name of animal rights or environmentalism. Until the courts agree to prioritize religious liberty, it can happen here, too. 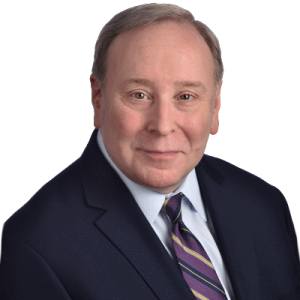 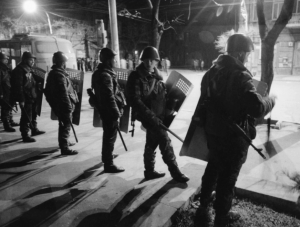 A Jewish View Of Black January 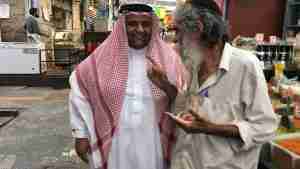 The Emergence Of Arab Zionism? 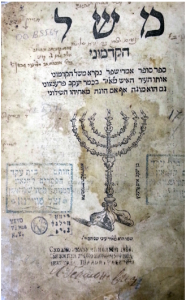 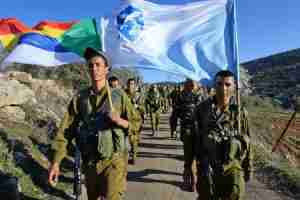 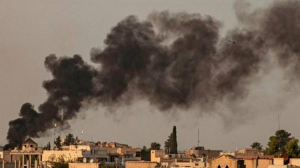