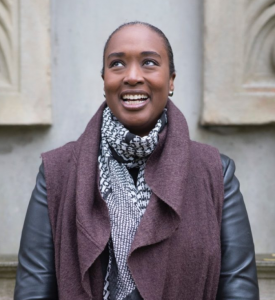 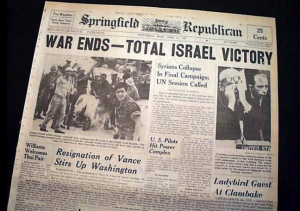 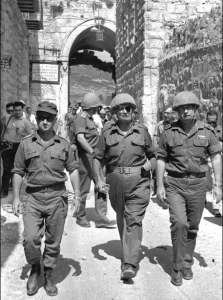 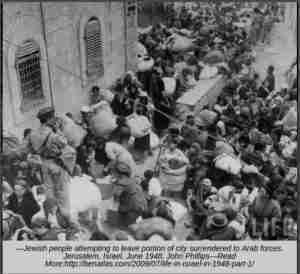 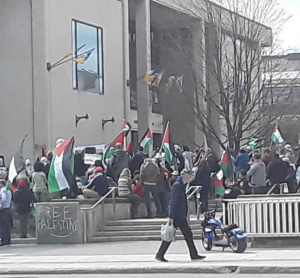 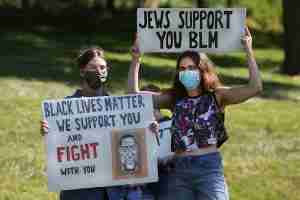 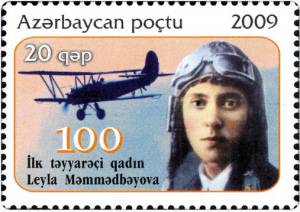 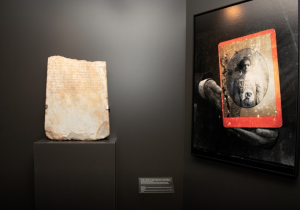 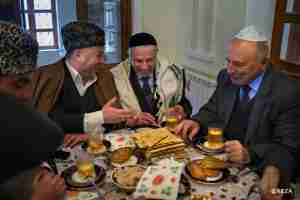 It was Assistant Secretary of State Long, not FDR, who decided against U.S. intervention to aid European Jewry. 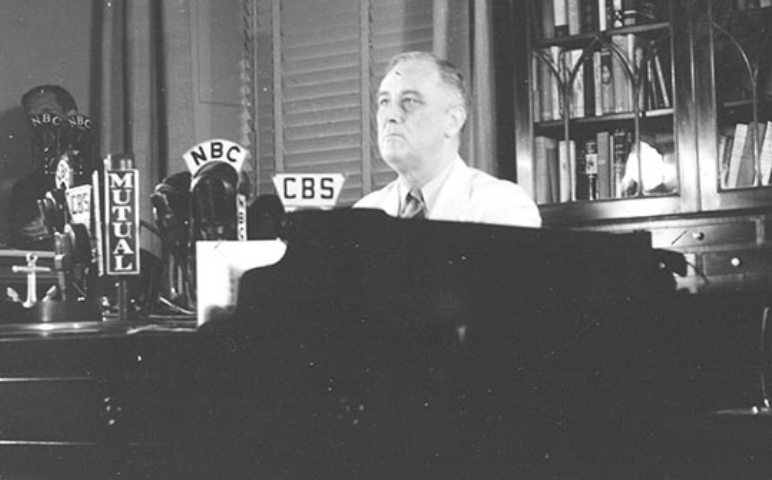 As president, FDR had the ability to help Jewish refugees without undermining the war effort, and he had the moral responsibility to act against the murder of millions of innocent people. (Photo: Wikipedia)

(JNS) Was Breckinridge Long our 32nd president, rather than Franklin Roosevelt?

From Secretary of State Antony Blinken’s recent remarks, one could erroneously conclude that it was actually Assistant Secretary of State Long, not President Roosevelt, who decided American immigration policy in the 1930s and 1940s, and that the United States should refrain from intervening to aid European Jewry.

Long, a campaign contributor and personal friend of the president, was FDR’s first ambassador to Italy. One of the first to praise Mussolini for making the trains run on time, Long was promoted by FDR to assistant secretary of state, putting him in charge of 23 of the State Department’s 42 divisions, including the crucial Visa Division.

Speaking at the United States Holocaust Memorial Museum on April 8, Holocaust Remembrance Day, Secretary Blinken described how Long “had immense power to help those being persecuted,” yet “made it harder and harder for Jews to be granted refuge in the United States.”

That’s correct, but misleading. It wasn’t as if Long conducted some kind of rogue operation. Numerous documents, including Long’s posthumously published diaries, recount how he regularly briefed President Roosevelt on his efforts to keep the Jews out. In one diary entry from 1940, Long wrote that in a discussion at the White House on ways to curtail immigration, he “found that [FDR] was 100% in accord with my ideas,” and “expressed himself as in entire accord” and “wholeheartedly in support” of what Long was doing.

Blinken recalled Long’s infamous advice to his State Department colleagues “to resort to various administrative devices which would postpone and postpone and postpone the granting of the visas.” True—but the president was fully aware that these tactics were successfully suppressing immigration far below what the law allowed. In a 1935 letter concerning visa applicants from Germany, FDR wrote: “I am informed that nearly all immigration quotas have been considerably under-issued during the past four years.” He even cited the year-by-year statistics.

According to Secretary Blinken, Long “established onerous security checks, claiming they were necessary to prevent enemy spies from infiltrating the U.S., even though there was no evidence that refugees posed that risk.” But it was President Roosevelt who falsely claimed at a June 1940 press conference that some refugees, “especially Jewish refugees,” had agreed to spy for the Nazis for fear that their relatives back in Germany “would be taken out and shot.” That became a stock excuse for shutting America’s doors even tighter.

“Assistant Secretary Long did still worse,” Blinken continued. “He blocked cables with reports of the mass killing, which would have increased pressure for America to take in more Jews.” That’s correct. But the president, too, often ignored or downplayed news of Nazi persecution.

In 430 press conferences from 1933 until late 1938, FDR never once mentioned the plight of the Jews in Nazi Germany. This policy of minimizing the focus on the Jews continued into the 1940s, even after the administration itself had verified, in late 1942, that mass murder was underway.

At his Aug. 21, 1942, press conference, for example, FDR referred to “barbaric crimes against civilian populations,” without mentioning Jews. On Oct. 7, 1942, and again on July 30, 1943, the president declared that war criminals would be punished, but failed to explain what war crimes were being perpetrated, or against whom. In 1944, the White House issued a statement commemorating the anniversary of the Jewish revolt against the Nazis in Warsaw—without mentioning Jews. Secretary Blinken continued: “And [Long] lied to Congress. He told them the State Department was doing everything in its power to rescue Jews from Europe.”

That’s right. But the reason Long was testifying to Congress (in November 1943) was that the Roosevelt administration was trying to block a resolution urging the president to create a refugee rescue agency. FDR didn’t want to create the agency—since he opposed using even minimal government resources to aid Europe’s Jews—so Long was sent to Capitol Hill to shoot down the proposal.

Finally, near the end of his remarks, Blinken mentioned President Roosevelt—in order to portray him as a savior of the Jews. According to Blinken, the Treasury Department brought the president documentation of Long’s obstructionism and “six days later, Roosevelt announced the creation of the War Refugee Board.”

What really happened was quite different. Long’s lies to Congress were exposed by the news media and rescue advocates. The administration was subjected to withering public criticism. The resolution that Roosevelt tried to block was adopted unanimously by the Senate Foreign Relations Committee and was heading to the full Senate for a vote.

With congressional pressure mounting, Treasury Secretary Henry Morgenthau, Jr. and two aides met with the president to discuss the rescue resolution, which Morgenthau called “a boiling pot on Capitol Hill.” When they began to describe Long’s obstructionist actions, FDR vigorously defended his old friend “Breck.” He claimed Long “soured on the [refugee] problem when Rabbi [Stephen] Wise got Long to approve a long list of people being brought into this country many of whom turned out to be bad people.”

Still, FDR could read the political writing on the wall. It was January 1944—an election year had begun. Not a good time for FDR to be quarreling with Congress, the Jewish community and the many prominent liberal voices that were criticizing him over his refugee policy, such as The New Republic and The Nation. So the president reluctantly created the rescue agency that the congressional resolution was demanding, and which he had unsuccessfully tried to block.

In other words, Roosevelt was against the War Refugee Board before he was for it.

On the surface, it appeared to be a belated reversal of the administration’s no-rescue policy. In practice, however, the president’s treatment of the War Refugee Board was tepid or worse. He gave the new Board only token funding; 90 percent of its funds were supplied by private Jewish organizations. He seldom adopted its proposals; for example, the Board wanted Roosevelt to grant temporary haven to hundreds of thousands of Jewish refugees, but he admitted only 982 (not all of them Jews), who were held in a detention facility in upstate New York.

Roosevelt’s decisions throughout this period—from keeping quiet about the Nazis singling out Jews to admitting only a handful of refugees—were made by Roosevelt. Because government policy is decided by the president.

Secretary Blinken should know that better than anyone. After all, Blinken doesn’t make up his own policies. He implements the policies that are decided by the president. Which is exactly what Long did. Undoubtedly, Blinken offers advice, like Long did—but the president decides.

Likewise, one may assume Blinken doesn’t keep the president in the dark about how the policies are being implemented; surely he briefs the president on how he is implementing them. So did Long.

When a secretary of state prepares to speak publicly on any subject, he trusts the people around him to make sure his remarks are historically accurate. All the more so when the speech is going to be delivered at an institution that focuses on a sensitive historical subject. Whoever among Secretary Blinken’s aides or the Holocaust Museum staff helped prepare these remarks did him a significant disservice.

(This article originally appeared in the Jewish Journal of Los Angeles.) 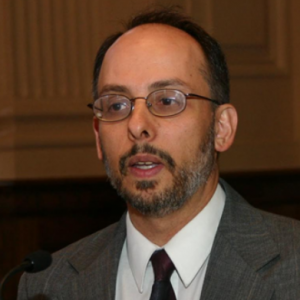 Dr. Medoff is founding director of The David S. Wyman Institute for Holocaust Studies; his most recent book is The Jews Should Keep Quiet: Franklin D. Roosevelt, Rabbi Stephen S. Wise, and the Holocaust. 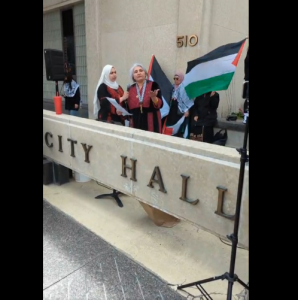 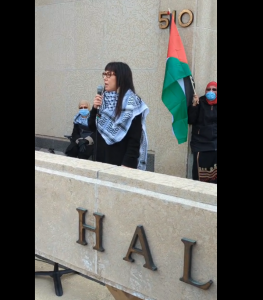 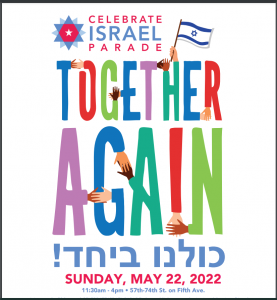